Definition of the Teeing Area

The teeing area is a starting point of every hole on a golf course. It is that area from which golfers must play their first stroke on each hole. Teeing areas sometimes are called tee boxes.

A typical golf course has multiple teeing areas per hole. They are denoted by a different color sets of tee markers. The most popular are white, yellow, blue and red tees. If player begins the first hole from the area designated by selected color of the tee markers, he plays from the same color teeing area on each successive hole throughout the round. 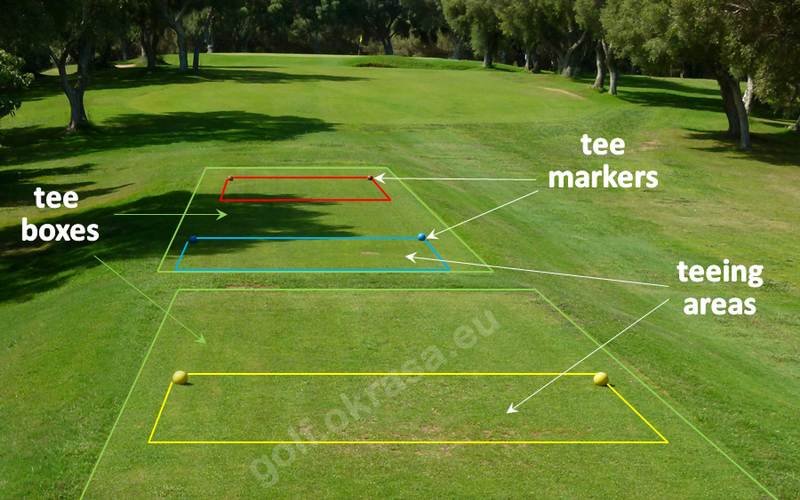 The total length of the course depends on the selected set of tee markers – more details here: Appriopriate course length.

The starting points of the hole for each tee are marked with permanent distance markers. There are no formal requirements for their appearance. The Rules of Handicapping require that they “should be consistent in name, colour and/or design and distinguishable from the tee markers used for other sets of tees“. In practice, these are any elements permanently fixed in the ground and identifying the color or name of the tee set. They also often contain additional information, such as the hole number, par, length and index. See examples below. 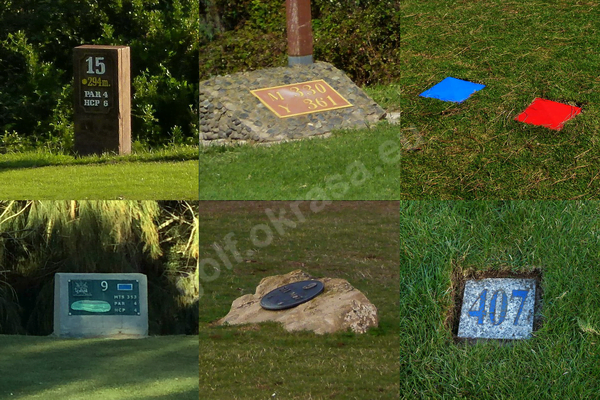 The movable tee markers mark the front of the teeing area for the players. They can be placed in different positions on the surface of individual tee boxes. The only limitation is that “the front of a teeing area should not be placed more than 10 yards (10 metres) in front of, or behind, the relevant permanent distance marker on each hole” Examples of moving tee markers are shown below.

Tee markers can be of different sizes and shapes. See examples below: 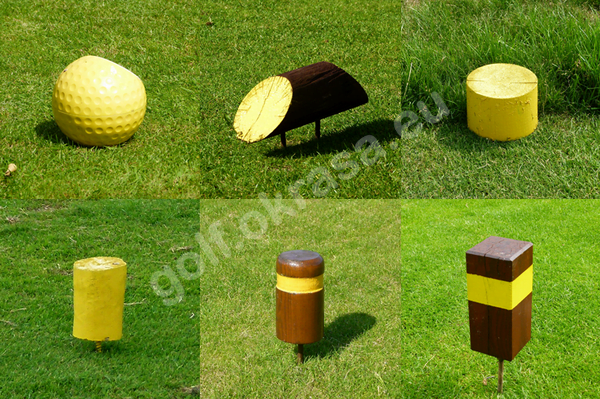 When a ball is in the Teeing Area? 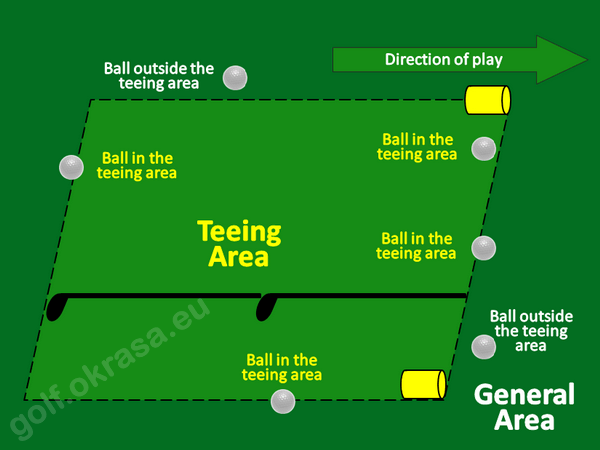 In a teeing area golfer is allowed to play his ball from the ground or “tee up” his ball — to place the ball on top of a tee, lifting it off the ground.

At the first hole, the honour (order of play) is decided by the order of the draw or by using a random method (e.g. tossing a coin). The player who:
– wins a hole in match play or
– with the lowest gross score at a hole in stroke play
has the honour at the next teeing area.

If the hole is tied in match play or two or more players have the same score at the hole in stroke play the players should play in the same order as at the previous teeing area.