The golf shoe size is expressed in several different numbering systems around the world. Many web sources provide various methods and size conversion tables for all systems.

In general, the problem is that the systems are not fully standardized. The exact sizes vary due to different measurement methods, different manufacturing processes and different  allowances. In addition, sizes in centimeters or inches can refer to the length of the foot or the shoe’s inner cavity.

The calculations below are based on the ISO technical specification ISO/TS 19407:2015 Footwear – Sizing – Conversion of sizing systems. It is the only document that I have found that allows for an unambiguous conversion of individual numbering. All sizes in centimeters and inches refer to the foot size. The converter includes following systems: 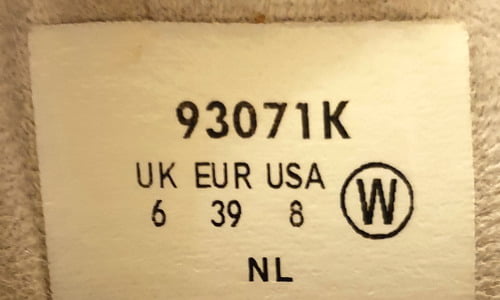 In addition to the above systems, also Chinese sizes could be found in the world. They are commonly denoted as CHN or CN. Unfortunately, so far I have not found any reliable information on this subject that would allow for unambiguous conversions. For this reason the converter below only shows an approximate value, without guarantee of accuracy.

NOTE:
Actually, individual manufacturers are not obliged to use the official systems shown in the converter. Therefore many shoe makers and sellers often publish their own size charts.

back to: Unit  converters