Penalty area is a body of water or an other area defined by the Committee where a ball is often lost or unable to be played. It could be a lake, pond, river or the sea, but also a dry drainage ditch as well as just forest, thickets, desert, rock fields and other areas without any water.

This term has been introduced to Rules of Golf in 2019. Previously, these areas were known as water hazards.

Penalty areas are defined as either red or yellow. The color affects relief options available to players (for one penalty stroke) if their balls come to rest in this area. If the color has not been marked or indicated the area is treated as a red penalty area.

Individual Committees are free to choose what to mark as a penalty area. They could decide to mark only traditional water hazards.
They can also choose when to mark a penalty area as yellow. So that they can mark all penalty areas as red at their discretion, always allowing for lateral relief.

A transverse penalty area which is perpendicular to the line of play is marked as yellow one if part of the challenge of the hole is to hit the ball over it. See picture. 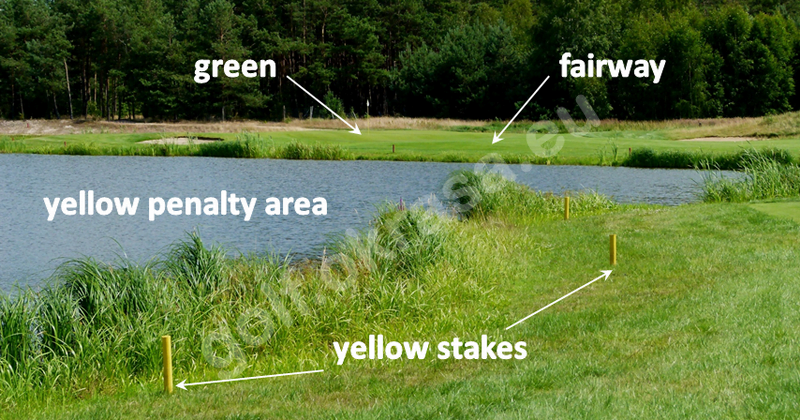 A penalty area is traditionally marked as red one if it is lateral to the line of play. It usually runs alongside the fairway or the side of a green. See picture. 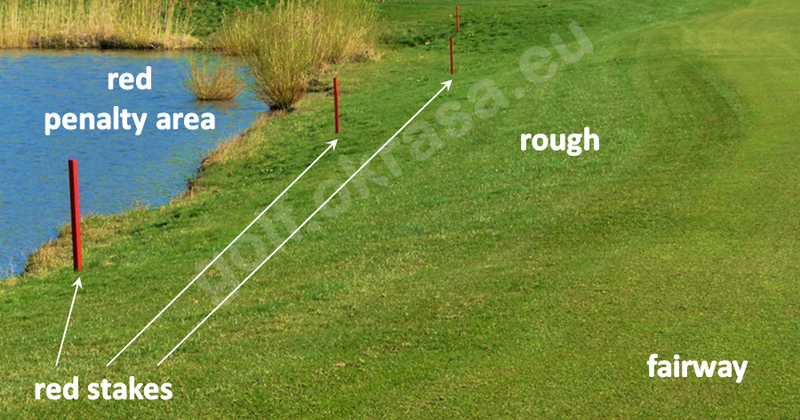 When a ball is in PA?

The edges of penalty areas are usually marked with painted lines and/or stakes of the appropriate color (yellow or red).

When the edge of penalty area defined by stakes, it is defined by the line between the outside points of the stakes at ground level.

When the edge of penalty area defined by a painted line on the ground, it is defined by the outside edge of the line. In such case the stakes show only where the penalty area is, but they have no other meaning.

See the picture below – the boundary edge of the penalty area is marked by black dashed line. 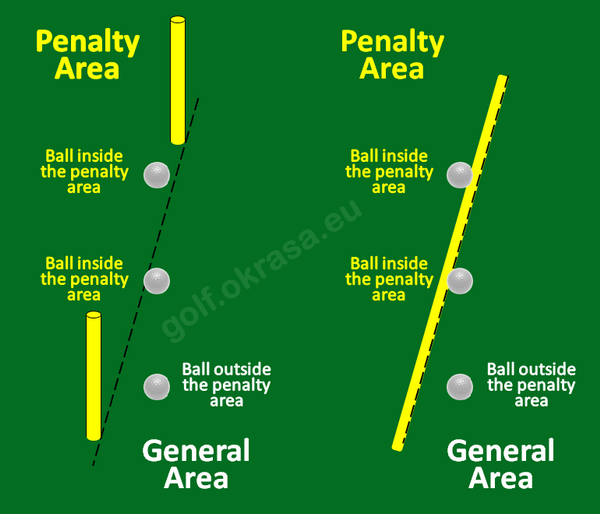 The edge of a penalty area may be also defined by physical features, e.g. retaining wall. Such cases are clearly described in local rules.