Definition of the Ground Under Repair

Ground under repair (GUR) is a term applied to an area on the golf course considered unfit for play. As its name suggests, it is a site that is a ground that is damaged and/or being repaired by the course maintenance crew. In the Rules of Golf it is treated as part of the Abnormal Course Conditions.

When Relief Is Allowed?

Relief is allowed if the ball is anywhere on the golf course (not OB) and not in the Penalty Area.

When the player is interfered with by GUR, there are always two options: to play the ball as it lies or to take relief without penalty (at the nearest point of relief in the same area of the course or a designated Dropping Zone). A player always has the option to play from GUR unless it has been marked as a No Play Zone.

Relief Is Allowed if any interference exists, i.e.:

Marking of the Ground under Repair 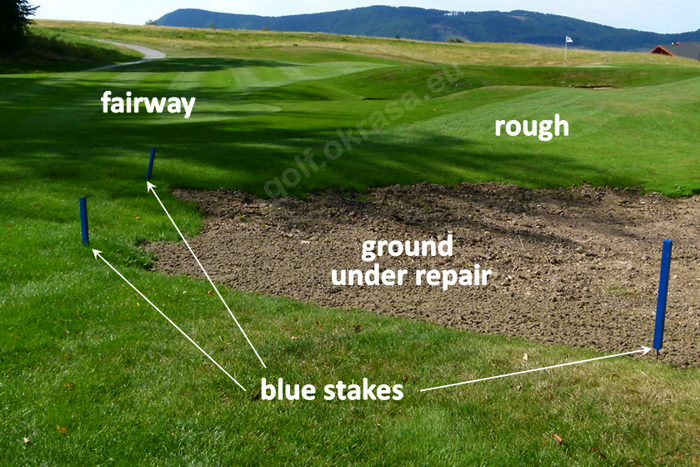 Note that there are also some GURs that may not be marked. They constitute ground under repair even if they are not marked as such. These are:

When the edge of GUR is defined by a painted line on the ground, it is the outside edge of the line, and the line itself is in GUR. In such case the stakes show only where the GUR is, but they have no other meaning.

See the picture below – the boundary edge of the ground under repair is marked by black dashed line. 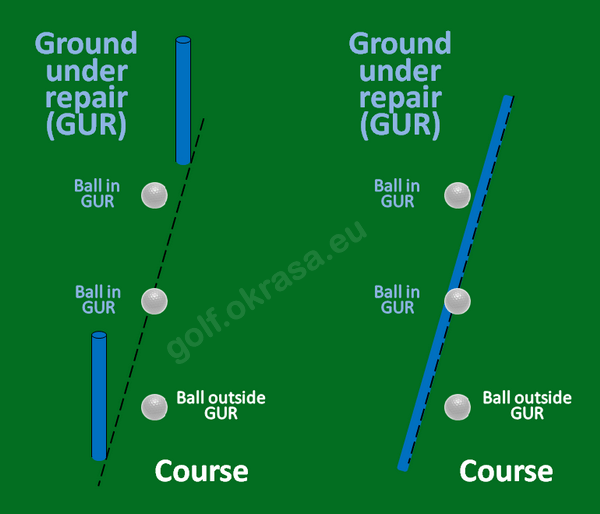 The edge of a ground under repair may be also defined by physical features (e.g. protecting fence) and then it is clearly described in local rules.